Frankie is now on her third season with us, and is an integral part of the team.

She looks after Lara Trot (who she also owns a share in), Achy Breaky Heart, Oneida Tribe, Angel of the North & Anti Cool

Darren has worked for us since he left school, with a couple of forays out into the the wider world, but returning to the fold last year.

He is our right hand man, and looks after the day to day running of the yard, but can turn his hand to most things when necessary, and can be found driving lorries, cooking breakfasts and dealing with visitors to name a few, and is equally adept at all these tasks!

His answers to our short questionnaire are:

One to watch For the season:

Why You work in Racing?

Getting the best out of a tricky horse

No time off in the Winter to go on holiday!!

Robin started his career in racing immediately upon leaving school at the tender age of 14! He joined firstly Frenchie & then David Nicholson, spending eleven years with the latter whilst riding on the flat and then over jumps, riding a total of 115 winners.

As well as riding Robin also ran a livery yard breaking and preparing horses for trainers such as Mercy Rimmel, Capt. Tim Forster, & Gavin Pritchard- Gordon to name but a few!

A fall at Towcester in 1986 left Robin with a double skull fracture, and put paid to his career in the saddle. However plans were well under way to start a training career by this time and Robin was granted a license in the spring of that year. Based at Newent in Gloucestershire in partnership with Derek & Cheryl Holder, the winners soon began to flow, with Mountain Man owned by Yvonne & Roger Allsop starting the ball rolling at Newton Abbott later that summer.

After seven happy years (and over 100 winners) in Newent, Robin, Claire & the team moved to  Alscot Park near Stratford-upon-Avon. In 2012 the yard relocated to Alne Park, which boasts some of the best training facilities in the Midlands.

A truly versatile trainer Robin is just as happy with sprinters such as the prolific Ballasecret, dual purpose horses such as the talented Kadastrof and just about anything in between!

Robin’s philosophy on training is that happy horses win races! With a strong team behind him, and a happy atmosphere in the yard, the horses are all turned out everyday, which keeps them mentally relaxed and helps with their physical well being. 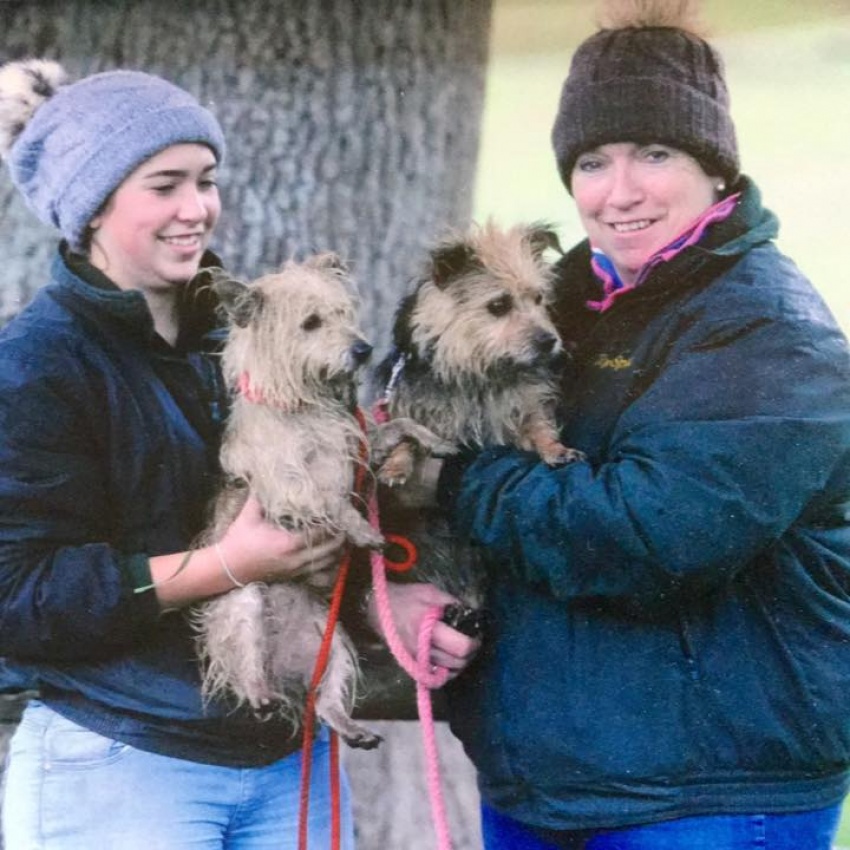 Robin & Claire married in 1986, the same year that Claire qualified as a McTimoney therapist enabling her to be on hand to treat any back problems that arise in the yard, both equine & human! Prior to that she had taken a degree in biological sciences and ran a veterinary pathology lab for several years, which enables her to have a professional insight into taking and interpreting blood tests.

As well as looking after the horse’s backs, and running her own business treating both people in the clinic at Alne Park, and clocking up the miles treating horses away from the yard, Claire assists in the day to day running of the yard & office. Currently grounded from riding out after a knee injury, Claire oversees any veterinary problems that arise and deals with all the other day to day goings on in a busy yard. 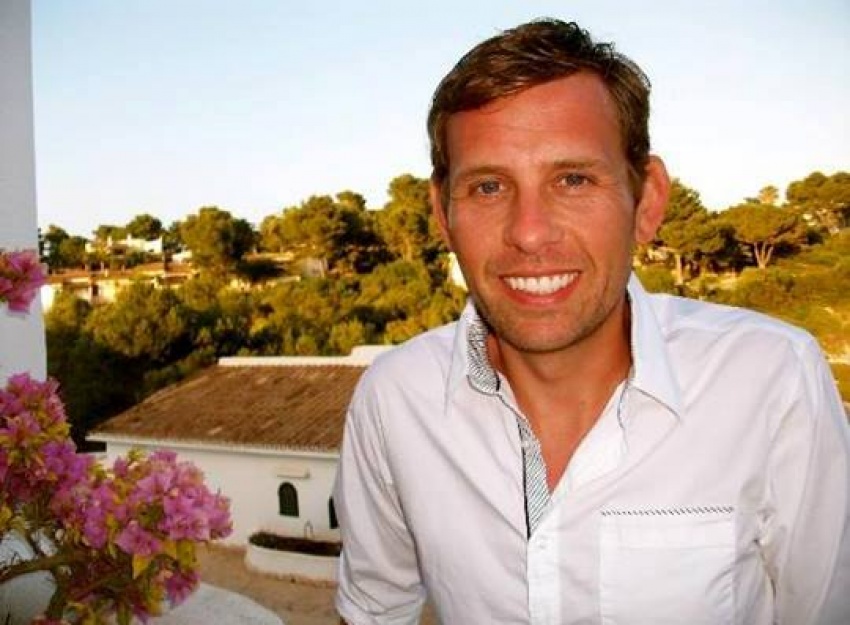 Our landlord, and director of Avon Estates Ltd. Nic is committed to making Alne Park a training yard to be reckoned with and is also an owner with us. 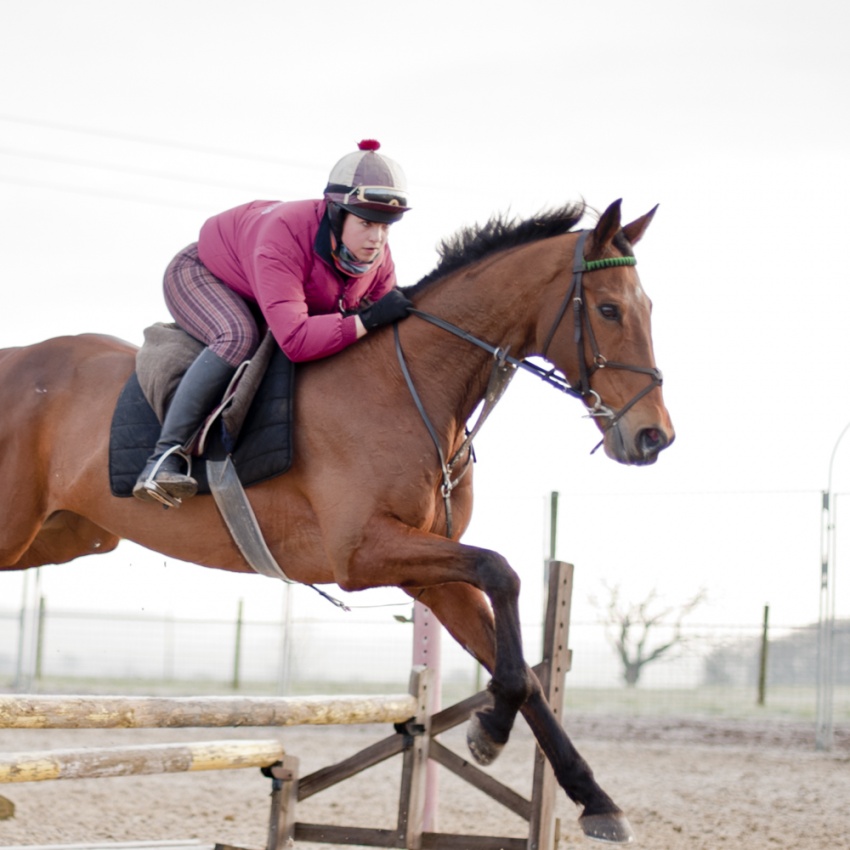 Harriet is at home full time with her own business Vekno Eventing. She still helps with riding out and schooling throughout the year. 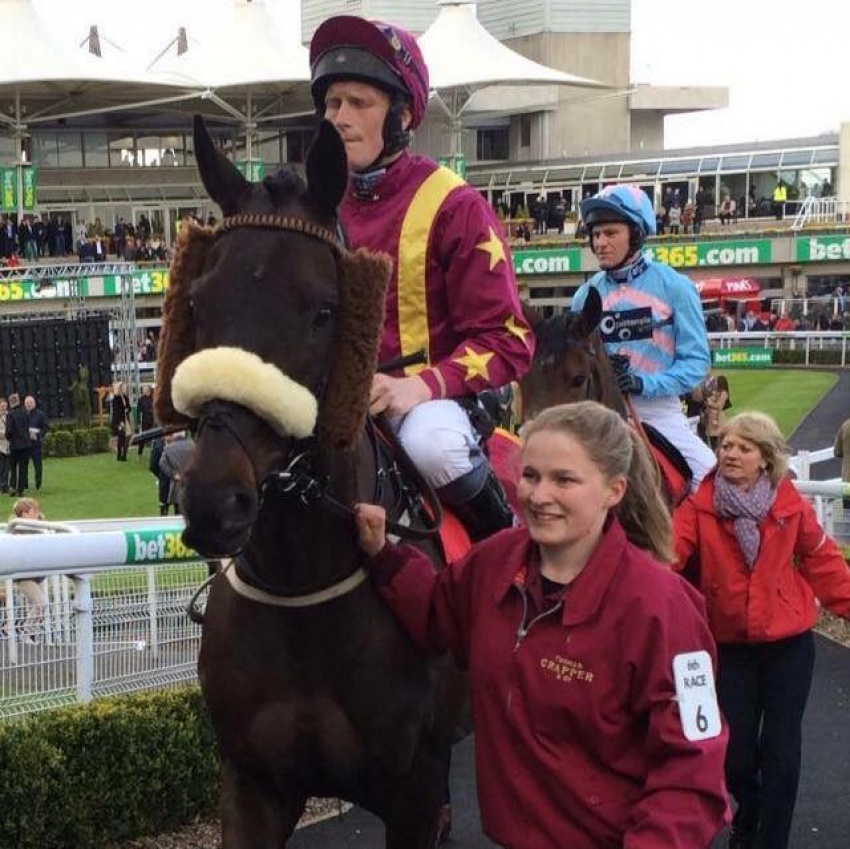 Harriet did a season part-time but then joined us as a full time member of the team in 2015.

She looks after the racing tack & is responsible for making sure the right kit gets to the races in tip top condition. No mean feat when we have multiple runners!

We set each of the team a little questionnaire, and Harriets' answers are as follows:

Why do you work in racing?

I used to watch the racing at home on a Saturday and always wanted to lead one up.

Getting up early & power washing in the summer!

no doubt about this one - Towcester!

I Love showing my dogs & getting them qualified for Crufts, watching racing & seeing my family & friends. 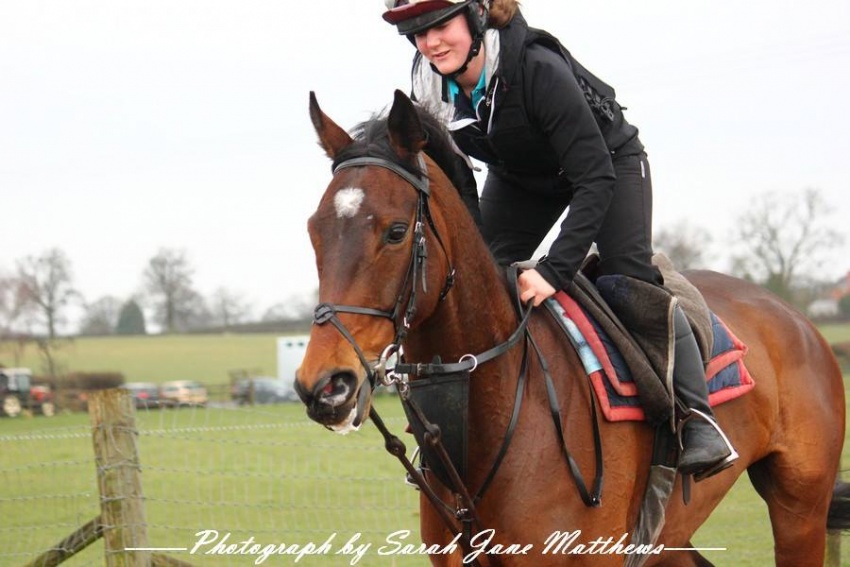 Ceris started off on weekends, as soon as she could leave school she has joined us full time. A fantastic rider she works very hard at Hill farm. 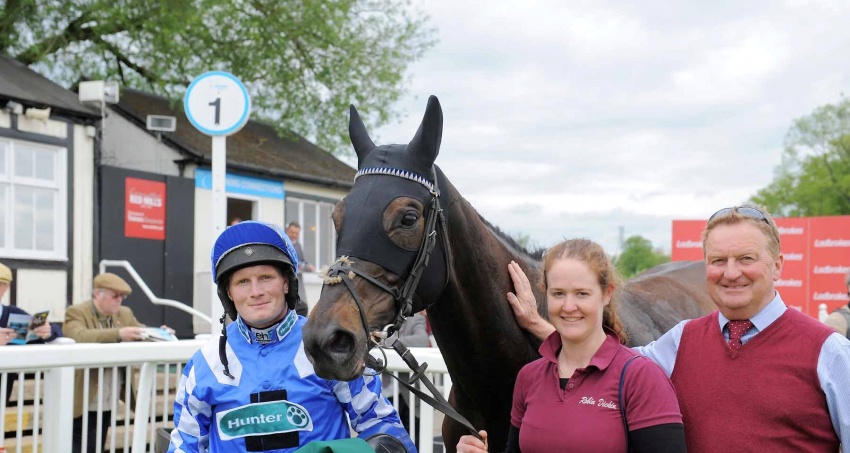 Seen here winning on Myroundorurs, Charlie rides out at the yard twice a week, and is now an integral part of 'Team Dickin'.

Susan has been our book keeper for nearly thirteen years! As well as the books she helps out with all aspects of office work, including keeping Robin in line! She has been persuaded to ride out on a couple of occasions, but prefers to have her feet firmly under her desk these days!

Graham has been our vet since Peter Thorne retired several years ago. He is a partner with the Three Counties Veterinary Hospital, as well as being vet to the Australian team.

A vital part of the team, he visits routinely once a week, and we hope not to see much of him in between! The practise provides a superb facility with state of the art equipment for investigation and surgery when required. 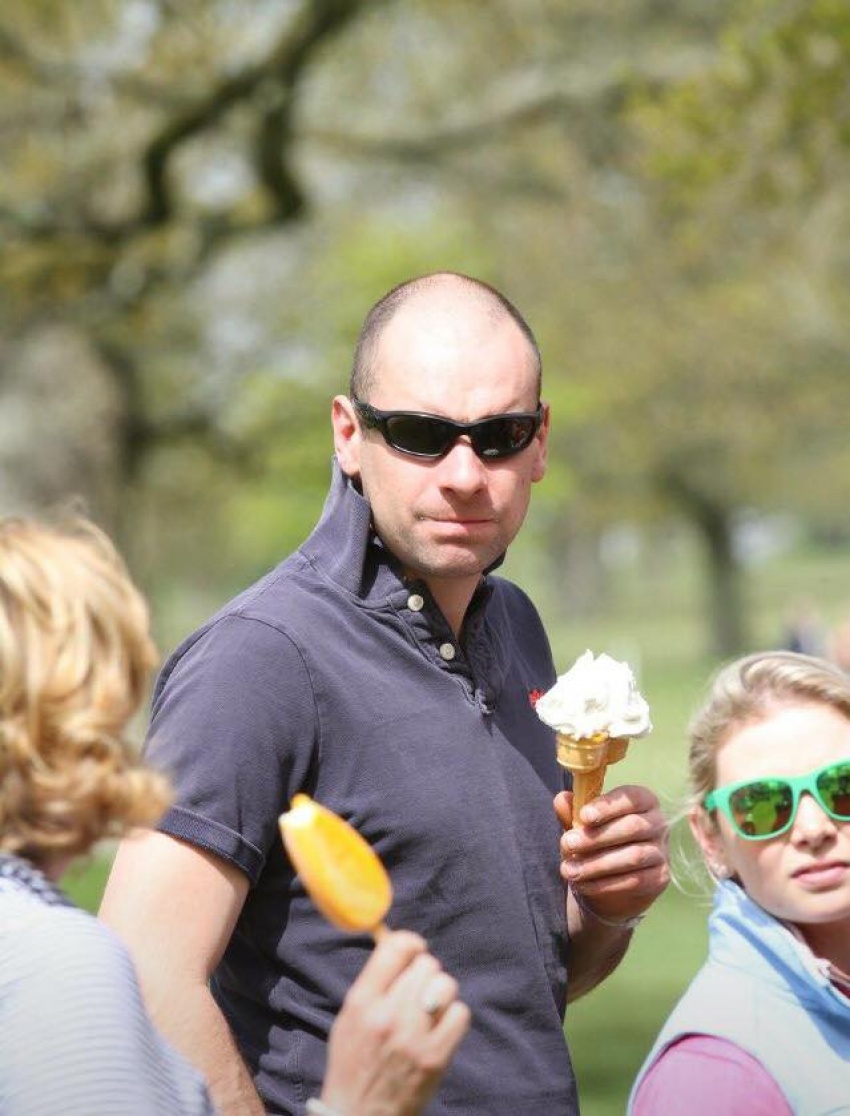 Charlie took over as our farrier when Arlo moved to Dorset

He and his team are here twice a week in the season to look after all our shoeing needs, and provide some in house entertainment too!