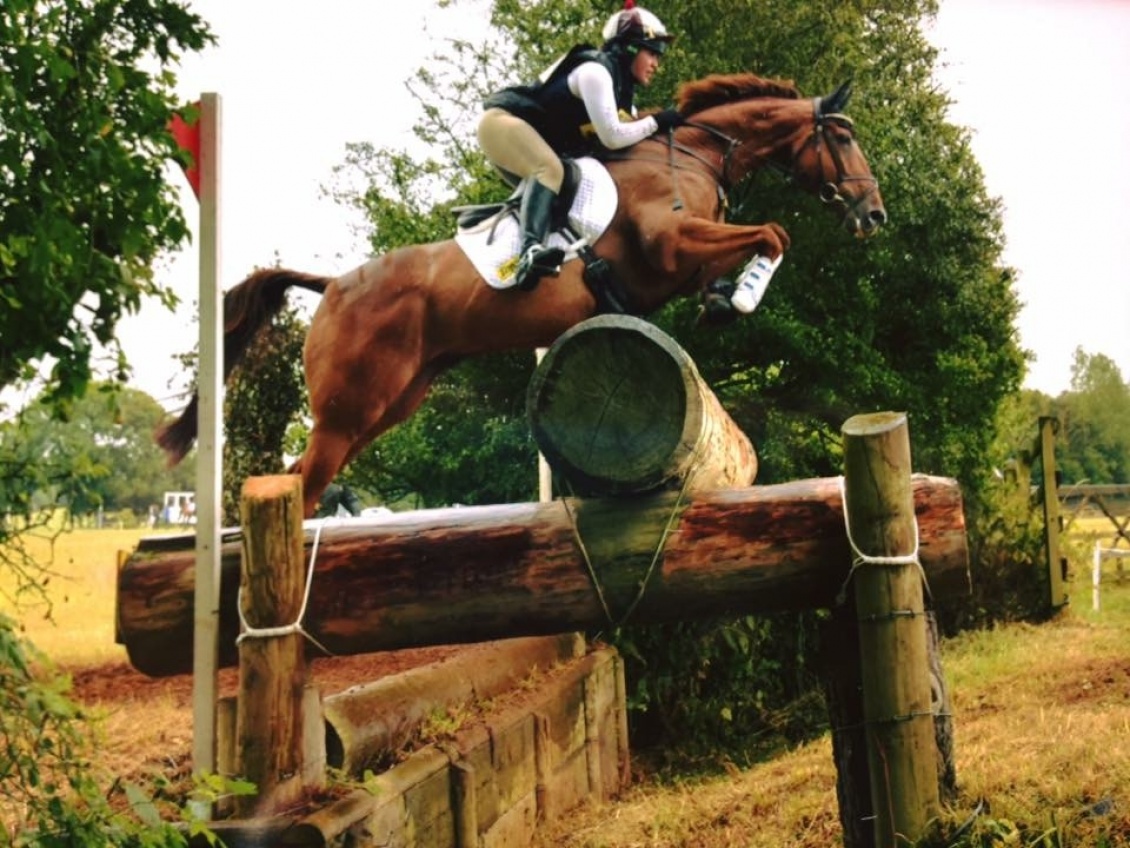 DuDus really did not take to life as a racehorse with any enthusiasm at all. A stunning looking horse with all to play for on his pedigree he ran a few times without much promise. A hard puller he really did not give himself much of a chance of seeing out a race,

Much to the amusement of the lads and girls, Harriet was despatched to do some flat work on him to try and improve his way of going and general manners!

After a sticky start they clicked and much improvement was seen in him. Sadly his owner could no longer keep him but we were really worried about sending him to the sales as he was such a nervous character he could have been open to a difficult time.

Cue - Harriet back from her Irish adventure - given a remit to do retrain him and do a couple of events last autumn with the thought of finding him an alternative career. Happily he has taken to eventing like the proverbial duck to water, and is loving life in this sphere,

He has sailed through the BE 90's and 100 levels and makes his novice debut shortly. On the downside I am now not allowed to even think of finding him alternative acommodation!

Tweet
Published in Life After Racing
back to top